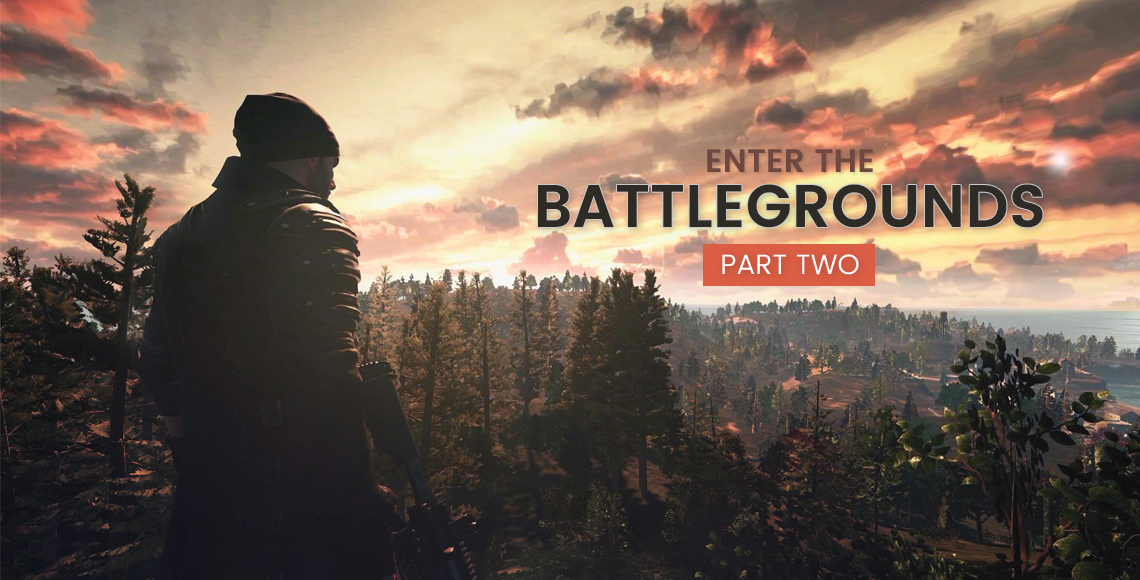 Stories are traditionally told in three parts: the setup, the confrontation and the resolution. Movies, TV shows and even video games follow this structure. PlayerUnknown’s Battlegrounds, however, does not. In fact, it tells no story at all. Instead, it tells its stories dynamically through the individual experiences of its players. No two stories are the same, making for rich experiences that you just have to share with others. I may have changed some names, but the stories I’m telling are true; these are my stories from the Battlegrounds.

It was 0800 hours when the new recruit rolled in. We’ll call him Non. He wasn’t from around these parts but he seemed to be a team player. The drop is a smooth one. Our LZ was a few clicks Southeast of Rozhok in an abandoned village. I’m quick to find a crossbow and an M16 in the first house I scavenge. Great start. One squadmate finds himself a 4x scope and another finds two Level 2 vests. Fortune is on our side. Suddenly, noise. A car comes rushing over the hill, but it doesn’t see us yet. At this point I’m in the second floor window of a neighboring house. I look on as the car barrels forward, hitting a small mound before rolling out of control. Three bogeys exit the vehicle. We’re in position. We have the upper hand. Two rounds from my M16 takes down the first. Krypt hits another while the last runs helplessly through a field. Pop. Looks like we’ve found ourselves a car. As we make our way down the road, we hear an engine approaching. I reach my head out the window to survey the situation. There’s a car heading straight for us. “Incoming!” Within seconds, we’re face to face with the enemy and Non swerves to avoid them, spinning out of control in the process. By now, we’d kicked up a dust cloud and lost our targets in the tumult. I fire a few rounds into the mess in hopes of slowing them down, but to our surprise they’d pressed on. And so did we.

After driving past what seems like nothing, we come upon a little village with a few buildings…and a single car with its doors slung open. Are we alone? Nearby homes look disturbed, but empty. A single story building with small windows looks unassuming as well, but a nearby warehouse calls our attention. Gold approaches from the East wall of the single story facility. He counts two targets. “On my signal.” We smoke the whole damn thing and open fire from all angles. “Clear!”

A single car with its doors slung open. Are we alone?

Seconds later, blood. We’re not done yet. Another squad got the jump on us. I’m wounded and I can’t move. Non returns fire, but he doesn’t last long. It’s been a good, but short run. The circle is narrowing on Krypt and Gold when they spot two bogeys behind a few trees. Gold peaks out to fire a shot but gets clipped on the shoulder. He drops to the ground. Krypt’s options are few, but he goes for broke. He reaches out and fires blind, hitting one. With only one left, he uses this chance to bandage his wounds. The enemy takes notice… and approaches. Krypt fires shot after shot. A single bullet hits him square in the chest. Krypt goes down…and a familiar vehicle skids away. It’s over.

Stay tuned for Part 3 of the Battlegrounds series.