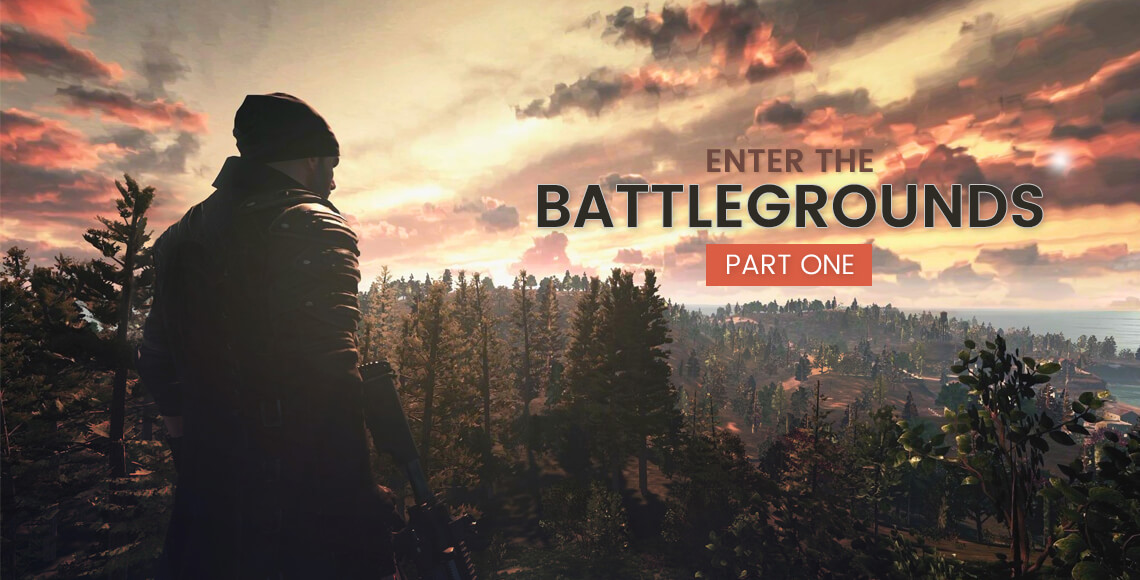 Enter the Battlegrounds: Part One

Stories are traditionally told in three parts: the setup, the confrontation and the resolution. Movies, TV shows and even video games follow this structure. PlayerUnknown’s Battlegrounds, however, does not. In fact, it tells no story at all. Instead, it tells its stories dynamically through the individual experiences of its players. No two stories are the same, making for rich experiences that you just have to share with others. I may have changed some names, but the stories I’m telling are true; these are my stories from the Battlegrounds.

It’s my first day of active duty. My squad and I are in the cargo hold, zeroing in on the LZ. But this is no ordinary drop. My squadmates might be veterans to the game, but in the Battlegrounds we’re all mercenaries. It’s about shooting to kill and living to survive. We hit the ground and receive our first squad order: raid the houses and stock up on supplies. Civilians have all moved out of these parts. Nothing left but a bunch of supplies and 99 other crazies with blood on their minds. We focused on the essentials: bandages, weapons, body armor and a scope, if you’re lucky. I find an AKM and a level 2 police vest. I pick up a P92 pistol the room over with 30 rounds to go around. But we had to be quick. My squad leader, Krypt we’ll call him, alerts us of the dangers of sticking around too long. If you’re out of the safe zone when the timer goes off, you begin to bleed. We need some wheels…and fast.

It’s about shooting to kill and living to survive.

We find two buggies and split up two per car. Driving helps cover a lot of ground but leaves you exposed and prone to separation. We cautiously approach one of the larger cities, Pochinki. It’s quiet. “Two minutes,” Krypt says. I raid the first building I see and find an SMG, a solid replacement for my pistol. In another room, a Red Dot Sight and an M16A4; “Leave the AKM behind.” The M16 was a better shot. Suddenly, we hear sounds outside. Rob, my other squad mate, calls out that the airstrikes are coming in. We make a break for the cars when bombs start going off all around us. I’d never seen them drop so close. Gold and Rob swerve us in and out of trouble as the waves keep coming in…and we make it out alive. We’re safe…for now. We make our approach into a small village when we notice a suspicious vehicle. “We’ve got trouble fellas.” Krypt signs us our next move. Two of us go around the back of a small building and I duck behind a concrete wall. Suddenly, an enemy pops out of a window and starts blindly firing, shattering the window the floor below. “Second floor,” I yell as dust flies up from the wall before me. Why’d I sign up for this? I blindly return fire as my squadmate Rob throws smoke into the building. Another round of gunfire comes right at us, this time from a window a ways over.  There’s two of them. We decide our best course of action is to breach the house and see if we can flush them out.  Krypt and I take the lead, sneaking into the building and surrounding the only stairwell. Krypt slowly rises up the stairs, lays down some fire only to find a third bogey lurking around up there, too. Within seconds the enemy fires right back at us. Gold throws some more smoke, hoping to create enough of a screen to get us out of there. Krypt fires back, takes one man down but a stray clips me enough to take me down. Soon the three are swarming. We drop like flies. It’s over.

Stay tuned for Part 2 of the Battlegrounds series.