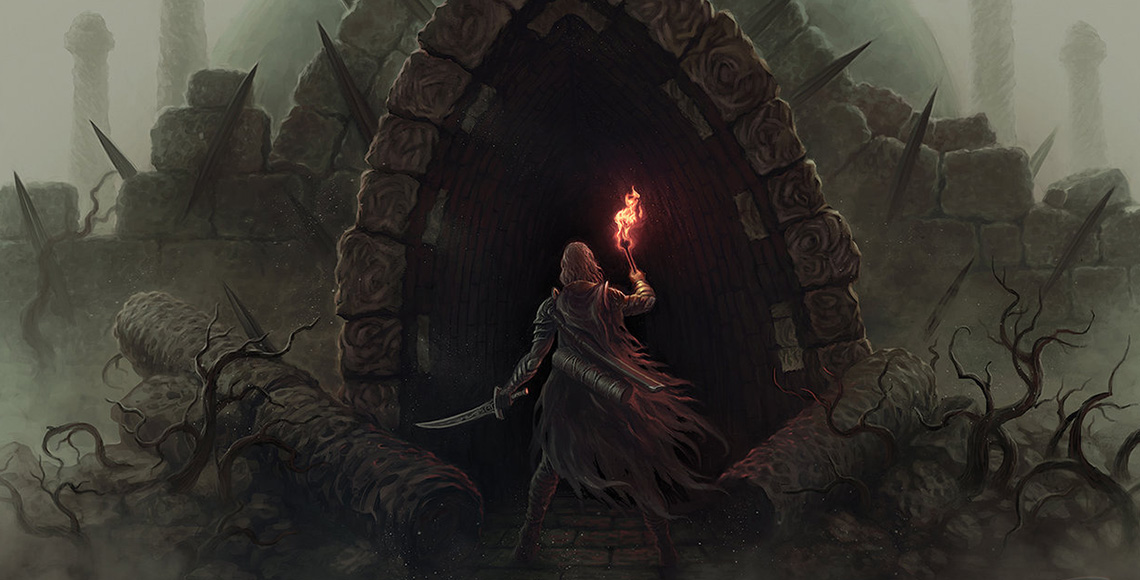 Dude, What the Hell IS Dungeons and Dragons?

You stand before the cave entrance. The gaping maw of the mildew stained rock reminds you of jaws and you wonder if you are venturing into the belly of the beast. You had heard that great power and wealth await any who are brave enough to step foot in this cursed dungeon. Your companions stand beside you, ready to face the pitfalls and battles ahead. There is nothing left to do but to steel your nerves and begin your descent.

I frequently have to pause when I am asked what Dungeons and Dragons is. The technical answer is that Dungeons and Dragons, better known as D&D, is a table-top, pen and paper role-playing game made by Gary Gygax and Dave Arneson back in 1974.  But that’s the technical answer. To stop at that would do the game absolutely no justice. I often describe D&D instead as a story told by a group of people in their collective imaginations. There are rules and guidelines to follow and they are enforced by the Dungeon Master, who simultaneously narrates player action, dialogue and the like. As a player, the rules you follow and the actions you commit are all determined by a series of dice rolls. The die you roll vary depending on which version of D&D you decide to play and can have anywhere from 4 to 20 sides.

I frequently have to pause when I am asked what Dungeons and Dragons is.

Source: Wizards of the Coast

In D&D, there is no limit to your imagination. Have you ever watched Lord of the Rings and thought, “Man…I would love to be an elf and shoot arrows at orcs.” Well, D&D allows you to do that. Players create characters using a series of attributes such as race, class, and background. Halfling (Hobbit for you Tolkien fans out there) Rogues who delight in the thrill of adventure and plunder, Elven Wizards who wield great and ancient magics, simple Human Warriors torn from war in search of family heirlooms. The sky’s the limit in the unabashed worlds of D&D.

Players create characters using a series of attributes such as race, class, and background.

Once every player has created a character, the Dungeon Master, aka the DM (or Game Master, GM), will start you on your journey. Depending on who your DM is, the adventure you embark on could be full of narrative. Maybe your mission is to find out who assassinated the kingdom’s young Prince and ended the royal line. Or you could seek something less demanding. Maybe your mission is to simply find and loot a dungeon. There are no bounds to your adventures, and there is plenty to be had with quests both big and small.

Now, this is the point when people typically ask me when D&D ends and if there is ever a winner. Well, yes and no. The DM may end your adventure after you’ve looted the dungeon and celebrated your new found wealth at the local tavern. Then again, your adventure could be episodic; a story full of plot twists, character development, political subterfuge, and an epic finale.

But this barely scratches the surface of D&D’s full potential. The best advice I could give to anyone interested in playing this amazing, monumental game is to find a group of friends willing to play, go to your nearest Comic/Gaming shop and just dive in. There are plenty of people out there who would be willing to guide you into your first bout of D&D. Even if fantasy RPGs aren’t appealing to you, there are a plethora of other RPGs worth getting your hands dirty for. But if there’s anything to take away from my ramblings, it’s that D&D is worth giving a try. After all, fortune favors the bold.

Now, enter the cave and discover what lies beyond the darkness. Victory..or your doom?