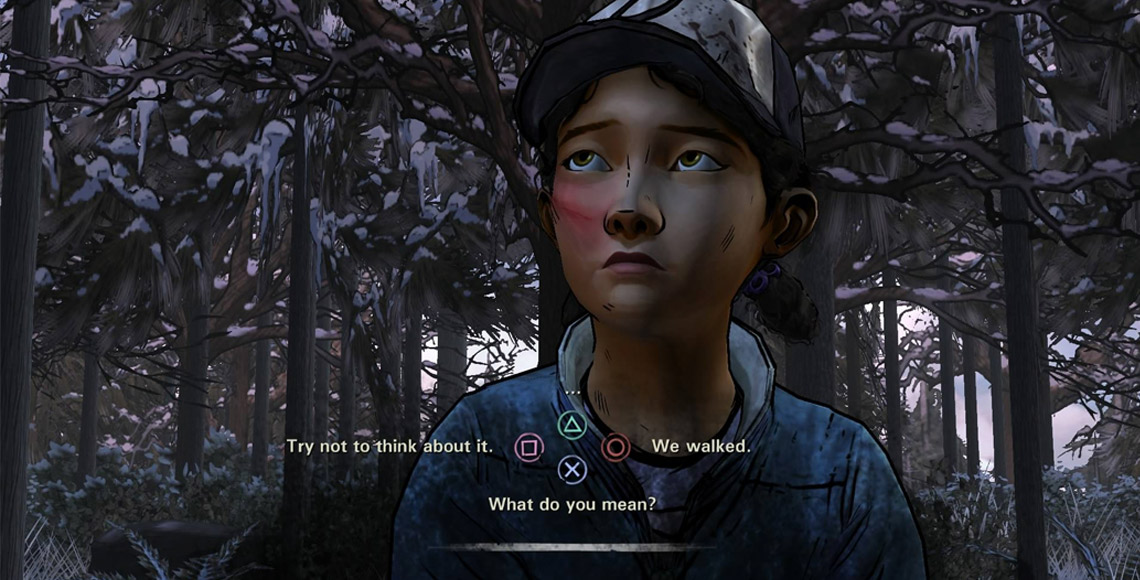 Speak from the Heart

Think about your favorite TV show or movie. Think about a really good book. Now think about the characters in those media and how they interact with one another. One would hope that the dialogue they share is compelling and natural. The Cohen Brothers, Quentin Tarantino, Joss Whedon, they all work tirelessly to ensure that every spoken word in their films is perfect; that every spoken word is not only well written, but well delivered. Video games have come a long way in this regard. In a few short years, character dialogue has evolved from a string of digital sounds to a collection of dense, emotive conversations. Some games even allow players to select certain dialogue options that shape the outcome of the game. Yet, there are still a fair amount of games that can’t seem to capture the mood of its moments and the personality of its characters. It is games like these that deserve a bit of attention. I have always been a fan of the God of War series. When it first released, it seemed like the perfect marriage between literature and video games, my two biggest loves at the time. What’s that, you say? I get to command a vicious Spartan in his fight against the Greek Pantheon? Sign me up! As I suspected, the game itself was incredibly fun and I instantly felt a connection with the game’s protagonist, Kratos. That said, I was never 100% sold on him. His character left a lot to be desired, and after many years and multiple playthroughs, I realized that his dialogue was the culprit. Kratos’ journey as a victim of the Greek Hamartia was beautifully conceived, but his dialogue throughout its telling was grossly unconvincing. For example, every flashback prior to Kratos’ battle with Ares prepared me more and more for the Greek God of War, but the insincerity of his first interaction with Athena killed every bit of immersion I’d built up until then. The dialogue in this crucial scene sounded like something out of a Saturday Morning Cartoon, like the game’s voice actors were just phoning it in. Again, I do love God of War. It was successful on so many fronts but its dialogue was always missing the beat. And it’s not just this game, either. There are plenty of games out there that I have wanted to like so badly but could not because of poor character interactions. In fact, some scenes were so awkward I wished I could have skipped them. (See the Final Fantasy X laughing scene.) Dialogue is crucial. It drives narrative and plot. It builds character. It provides comic relief. It even helps the player make educated choices when prompted to decide on dialogue of his or her own. Very few games can achieve this crucial balance, but the ones that do are incredibly successful at it. Joel and Ellie’s relationship from The Last of Us is probably the most believable in all of video games. From start to finish, their relationship took on a natural life that had me smiling, laughing and crying multiple times, and it was successful for a number of reasons. Naughty Dog has always been strong when it comes to hiring writers who work hard to create natural, well integrated dialogue. It doesn’t feel gimmicky. It feels natural. Secondly, the voice talent was right where it needed to be. The talented Troy Baker and Ashley Johnson had a chemistry that was much needed for the serious tone of the game. They made Joel and Ellie not just characters in a video game, but characters in a story that we were all telling together. Lastly, the studio and its actors worked together to make this project a success. It was important to both parties that the scenes and the game progressed organically through dialogue. Some may say that this is a risky move when it comes to video games, but when it works, it pays off. As I mentioned before, video games have come a long way. Games are looking better and better, and games are putting more stock into meaningful character interactions. There have been a number of strong performances in AAA-games as of late, but it is the independent developers of the World that push the limits of character interaction and gameplay even further. It is my sincerest hope that we continue to see the industry give more thought to the weighty words their characters are delivering. Here’s hoping it doesn’t fall on deaf ears.