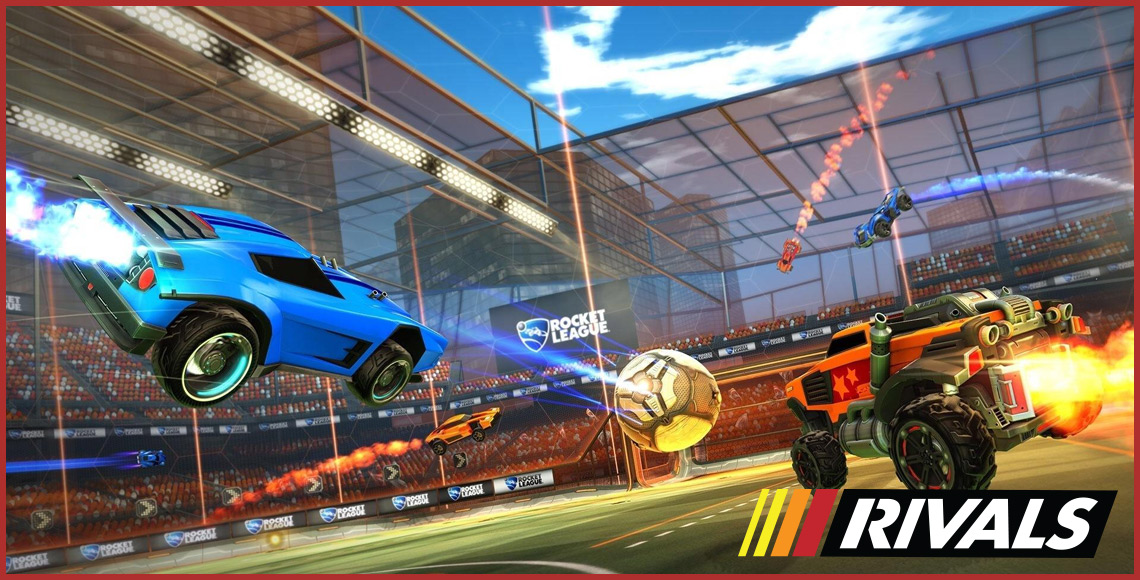 Rocket League: The Next Big eSport

Introducing Rivals, The Inner Gamer’s newest blog series. Rivals is all about eSports; its history, its players, and its fans. This growing industry represents some of the most passionate video gamers in the World and it is our mission to tell their stories. Every few weeks, a member of our staff will examine a current or historical eSports topic and articulate their thoughts on it to you, our readers.

In our first ever Rivals entry, Luis will be taking a deep dive into the wildly successful sports game Rocket League and how, as an eSport, it has positioned itself to thrust into living rooms across the globe.

The earliest video game competition on record took place on October 12th, 1973. The game? Spacewar! The place? Stanford University. The prize? A year’s subscription to Rolling Stone magazine. eSports haven’t looked backed since. From Billy Mitchell, Donkey Kong, and the Nintendo World Championships, to the multi-million dollar spectacles of today, eSports have trodden a path toward astronomical growth. Today, global eSports are expected to generate nearly $1.5 billion year over year, approaching $2 billion annually by the end of 2018. Games like Counter Strike: Global Offensive, Dota 2, and League of Legends regularly draw global viewerships in the millions, and those numbers continue to improve with each passing tournament. But even with all of that promise, there are inherent problems with the games currently represented as eSports, problems that Rocket League, the next big eSport, is seeking to correct. Rocket League has become a staple in video game libraries across the globe in the two years since its release. The game has been downloaded 10.5 million times, featured nearly 30 million unique players, and remained approachable, chaotic and fun all throughout. It’s no surprise, then, that the global video game viewing public has begun to take notice. In two years, Rocket League has gone from hosting small, community-funded tournaments to streaming $300,000 tournaments on national television. It’s rare to see a game make it as an eSport. It’s nearly impossible to do it as quickly as Rocket League has. What has poised Rocket League for this kind of eSports success? It’s easy to understand, it’s easy to follow and it’s easy to enjoy.

Soccer (or football) is the most popular sport in the World by a wide margin. More than half of the World’s 7.5 billion people (!!!) follows and/or plays soccer in some capacity. The second most popular sport in the World? Basketball…with just over 1 billion followers. Soccer’s massive following makes sense, though. Soccer is year-round, worldly, and fun. It can be played anytime, anywhere and with next to no equipment. But most of all, and perhaps most pertinent in the case of Rocket League, soccer is extremely simple to understand. Get the ball in the net without breaking any rules. Simple as that. In Rocket League, it’s even simpler. Not only are there less players, but there are also no rules. No offsides, no goal tending, no red or yellow cards; nothing! Get the ball in the net. That’s all you have to do. As a viewer, this is a dream come true. As long as you understand the concept of scoring a goal, you understand the concept of Rocket League. No other eSport has the benefit of being this simple, and it is the crux of Rocket League’s potential to become an eSports monster.

In traditional sports, picking a team or a club to root for can be a pretty easy thing to do. With a little bit of research, finding an individual player or team you like can be fairly simple. If that’s a little too much for you, you can always follow a team from your city, state or country. In Rocket League, the same applies. Rocket League showcases competition from within the States and across the globe, providing viewers and fans of all kinds with a wide gamut of teams and players to root for. What’s more is that just like in any other sport, you can follow a team or player for whatever reason you like. My favorite Rocket League player at the moment is GarrettG, a flex player with NRG eSports. He may not be the flashiest or even best player in the World, but I like his versatility and approach to the game. In other eSports, it becomes much more difficult to identify a person or team to cheer on. Not only are there substantially more players and teams to consider, but the mechanics of these games make it much harder to determine exactly why you like them. Dota 2 features 113 different playable characters alone, and that doesn’t account for the thousands of unique hero combinations that form the base of the game’s core tenets. In Rocket League, every vehicle is basically the same and general game strategy is largely uniform, which makes following the game’s teams and players a much easier task. Nothing is more exciting in sports than a highlight play. A diving catch in baseball, a full speed hurdle in football, finesse turned equalizer in soccer, these are the moments in sports that keep fans coming back day in and day out. Rocket League is a highlight MACHINE. Dribble fakes, over the top flicks, soaring goals and impossible saves happen every single match and make for some of the most riveting real-time viewing sessions. What’s more is the length of each particular match in a series. Rocket League tournaments typically feature best of 3, 5 and 7 game series with each match running roughly 6 minutes a piece. With so much action packed into such a small amount of time, engaged viewership is very easy to come by, even if it is only for a few minutes at a time. Besides, more matches equals more highlights, and who doesn’t want more highlights?

Rocket League has positioned itself well to become the next big eSport. It’s simple, fast and extremely fun, a formula that most other games can only dream of replicating. It’s accessible and understandable and growing at the most opportune of times. Whether or not it reaches its potential remains to be seen, but in the eyes of this fan, things are just getting started.  After all, eSports deserve to make it big, and there is no game more deserving of the fame than Rocket League.