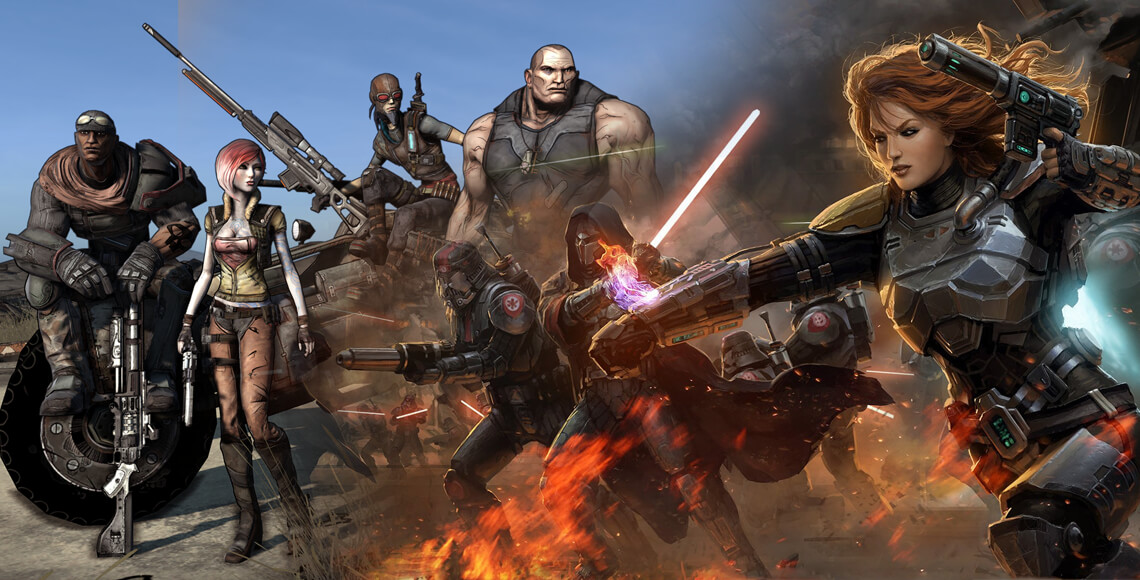 I love playing video games with a big group of friends. Logging on, getting into a party chat, and diving into our favorite fantasy RPG or sci-fi shooter. After hours of dungeon crawling, of conquering hour-long bosses, we claim our loot and XP. Unfortunately, that is the only experience we will share. We will then go our separate ways to appraise our spoils and upgrade our respective characters. Don’t get me wrong, this is all a jovial experience, but why is it that the extent of our interactions are only in-game? Why does the cooperative element in video games feel so formulaic and shallow? One of the biggest attractions to Dungeons and Dragons, when I was first introduced to it, was the idea of adventuring as a group. Our group would work together to solve puzzles, talk with NPCs, and fight big monsters using all of our unique abilities and quirks. Unfortunately, moments like this don’t really happen in video games. In fact, it’s been my observation that cooperative play in video games falls into two, unattractive categories: a solitary leader and his/her group of hollow confidants or a faceless, nameless mass of players with no identity. Now before I offer up this criticism, I want to specify what my take is on the varying degrees of cooperative gameplay we’ve seen so far in video games. There are shooters with drop in and out multiplayer like Destiny and Borderlands. There are the RPG dungeon crawlers of the Tales series or Dragon Age. Puzzle games offer some of my favorite cooperative experiences, ranging from two to four players. In fact, my oldest video game comrade and I ritualistically played Portal 2 and Two Brothers until we had committed them completely to memory. I have played a large number of these cooperative video games and, for the most part, I’ve had a lot of fun with them. What I am always disappointed with, however, is how these cooperative experiences fail to fully incorporate all players engaged in the game. The first Halo from 2001 almost made me pass on the Xbox for this exact reason. From the start of the game we are told of this fabled Spartan warrior who was put to sleep, only to be awakened when the looming threat was at its most dire. The ship is under attack, humanity has exhausted all of its options, and now it’s time to bring in the big gun: the Master Chief. Unless, of course, you’re playing cooperatively. The grandeur of the Master Chief is tossed aside as an off-colored Spartan begins helping you out for no reason. Imagine playing this game for the very first time and being in this position. There is no narrative to explain your presence, no characters who address you during cut scenes. Nothing. You’re simply there to help Master Chief progress from level to level. I recall sitting there, a young teen with no Xbox of his own, feeling incredibly jealous that my work alongside my friend went unnoticed throughout the game. I almost walked away right then and there. This is not to say that games aren’t making strides to address this. Star Wars: The Old Republic at least offers a level of randomness in terms of who takes control of the game’s role playing moments. Games like Brothers and Lovers in a Dangerous Spacetime tell unique stories with unique gameplay but unfortunately offer limited engagements with players both as a whole and individually. While they do account for multiple players within the design of their mechanics and levels, they don’t make individual players feel fully invested in the game. When you are playing as a Jedi in a group of other light side warriors, how can you feel immersed in your session when you and your friends are voting on dialogue based on randomly generated plausibilities? These don’t make the players feel like they are in the world so much as they are a slave to it. Playing with my friends is important to me. However, what is more important is that each player feel like they matter in the game. They need to feel like they are not just two dimensional characters shoved into the game as a second thought. When gamers get together as a group each of them need to feel as though they are contributing on their own personal level and that their actions and dialogue matter. We’ve made great progress in this area but we need to make much more. Video games are no longer just about the individual but rather what each individual can bring to the collective table. These narratives and experiences can be told from a group’s perspective and there are plenty of opportunities to do just that. After all, there is no “I” in team.

Header Image Source: Gearbox Software and Dork Side of the Force