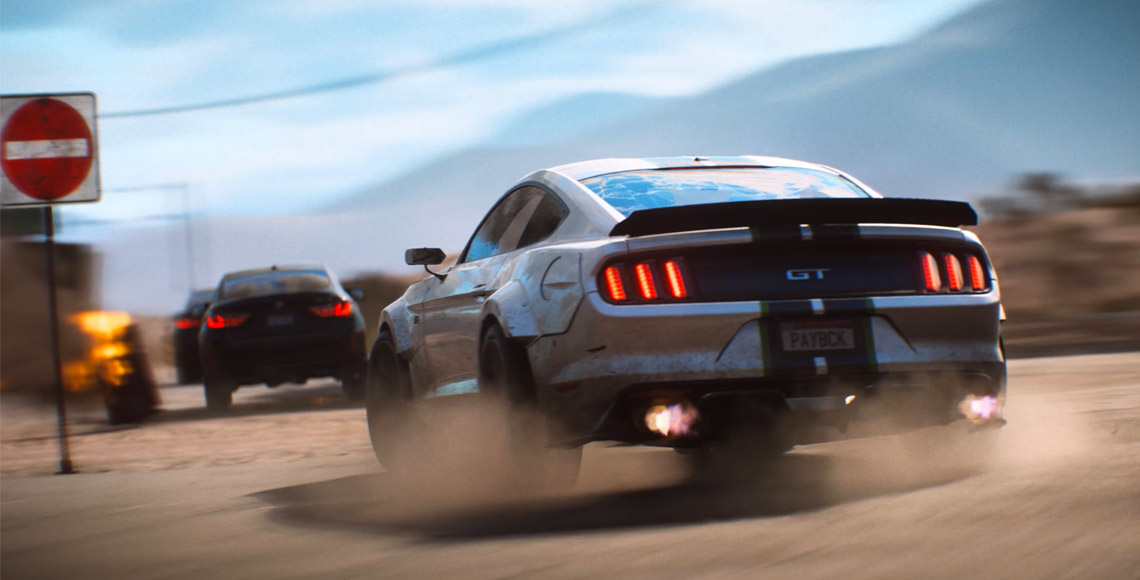 The Need For Speed Is Not What You Think

Need for Speed. It’s a name we have all known for decades. What began in the 90’s as a true-to-life simulation racing game quickly became the high-action arcade racer we know today. Throughout the years, Electronic Arts (EA) has had many wins and just as many misses with this franchise, but it continues to hold a special place in my heart for its ability to capture the thrill of driving for everyone. This franchise still has the potential to build something few others can; a thriving world with a need for speed. But the newly announced Payback isn’t the answer. So what is?

In 1994, EA released the first Need for Speed game. It was EA’s first and only true attempt with the franchise at creating a realistic simulation of racing. Their next game quickly changed course and offered players the liberty to drive how they wanted, where they wanted. With this shift came Need for Speed’s “hot pursuit” mode, the thing that has kept people coming back for more. The cops and robbers approach in this game mode ushered in a new, action-packed era for the franchise and continues to drive its success today. After its shift to the arcade-style, EA would go on to make another surprising decision with the game. They introduced the ability to customize your car in Need for Speed on top of the game’s already endless selection of exotic cars. Why the shift? Well, the first Fast and the Furious movie had released just a few years earlier and “tuner cars” had become all the rage. The result: Need for Speed: Underground, one of the most successful titles in the series. In NFSU, players could customize every aspect of their car including side panels, bumpers, rims and more. After the success of NFSU, EA continued to iterate even further on the concept with the introduction of an open world in Need for Speed: Underground 2. Since then, EA has attempted to achieve the success of the Underground series with games like Carbon, Shift, and Need for Speed (2015). While these games have looked better than any in the series, they have failed to capture the wants and needs of racers like the Dirt and Forza series have. Now, it’s time to try again. EA’s next game in the series is called Need for Speed: Payback. They are once again attempting to return to the what made the Underground series so famous by riding on the coattails of the continued success of the Fast and the Furious. These movies are now less about the underground tuner scene and more about high speed chases and thrill rides, and Payback aims to replicate that. But is this what the series needs? Sure, the action sequences in the Fast and the Furious are fun, but the characters in the series are what make those movies truly great. Torreto and Hobbs are icons in the social sphere. Payback doesn’t have a Torreto and Hobbs. The characters we’ve met so far are bland and that doesn’t bode well for the rest of the cast. From what we’ve seen, however, the game itself does bring back some of the more exciting elements of prior titles such as in-depth car customization, cop chases and a large open world. But this isn’t enough. Need for Speed needs to pivot away from what the outside is telling it do and get back to what made it great: fast, high-speed thrill rides, easy and dynamic customization and fun gameplay with worlds that truly feel alive. Worlds that feel alive. That sounds like an oxymoron in the racing genre doesn’t it? This is the direction EA should take the series. They know car customization, they know action, and they know how to make racing fun. Payback has all of that, but it’s lacking a truly explorable world. Remember back in 2006 when Atari released a game called Test Drive Unlimited? That game was massive and set in a open world on the beautiful island of Oahu. With over 1000 miles of road to explore, the possibilities were virtually endless. Imagine if Need for Speed brought their action-packed expertise onto the island of Oahu. That’s the direction Need for Speed needs to go. That’s the kind of game that would make Need for Speed great again.

Need for Speed doesn’t need a story. Racing games don’t need a story. Racing enthusiasts want the roar of an engine, the thrill of a ride and, for some, the ability to make a car their own. I wouldn’t be surprised if Need for Speed: Payback is criticized for its lackluster story and uninspired world. But fear not; EA has the teams to make the future of Need for Speed bright. They know how to build worlds that beg to be explored (like Mass Effect) and they know how to build powerful communities (like Battlefield.) Once they put that all together, I know their next Need for Speed game (after Payback) will take the series back to its former glory. And now we wait.