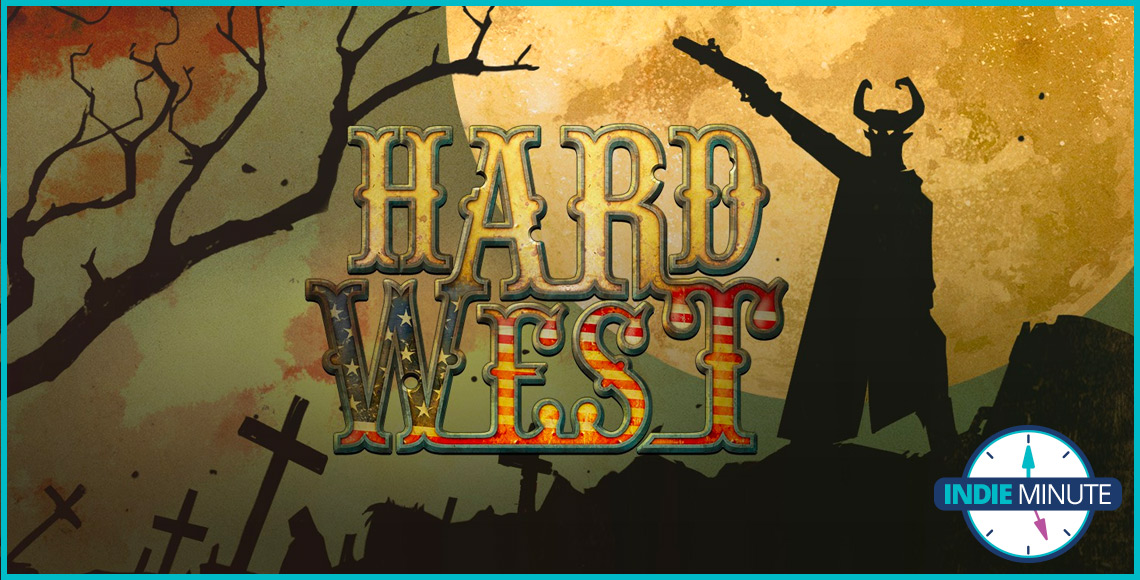 I was recently introduced to a brand new genre of video game; “The Weird Western” they call it. Take a rough, gritty, six-shootin’ cowboy and toss him into something strange. A sci-fi thriller with aliens and lasers or a supernatural world filled with occult and spiritual oddities. Hard West embraces the latter and is the subject of this week’s Indie Minute.

Hard West is a turn-based tactics RPG with a shockingly complex leveling system. I have always been a fan of this kind of gameplay, and when given the opportunity to play this game, I had to, pun intended, give it a shot. It starts simply enough albeit a little clumsy. After dying in the game’s first real mission, Warren, the game’s main character, rises from the grave and decides to spare no one is his quest to kill. From here on, Death himself narrates your every move; every step, every shot, every decision.  In a single mission, you can expect to fight banditos AND demons alike, and I have to admit, I absolutely love it.

But the game’s not perfect. The maps are simple, the time between missions can drag, and some of the supporting characters are a bit shallow. Nonetheless, Hard West’s combination of story, gameplay and almost poetic writing continue to keep me glued to the screen. Oh, and the level up system is based on the various hands of poker, which is a nice touch. Collectively, Hard West holds up very well and I can’t overstate how cool it is to see a Western-style tactics RPG. The game isn’t without its faults, but they are quickly overshadowed by the incredible writing, story and fun gameplay loops the game offers. Besides, who wouldn’t have a blast telling demons to “reach for the sky!?”

Stay tuned in the coming weeks for more from The Indie Minute!