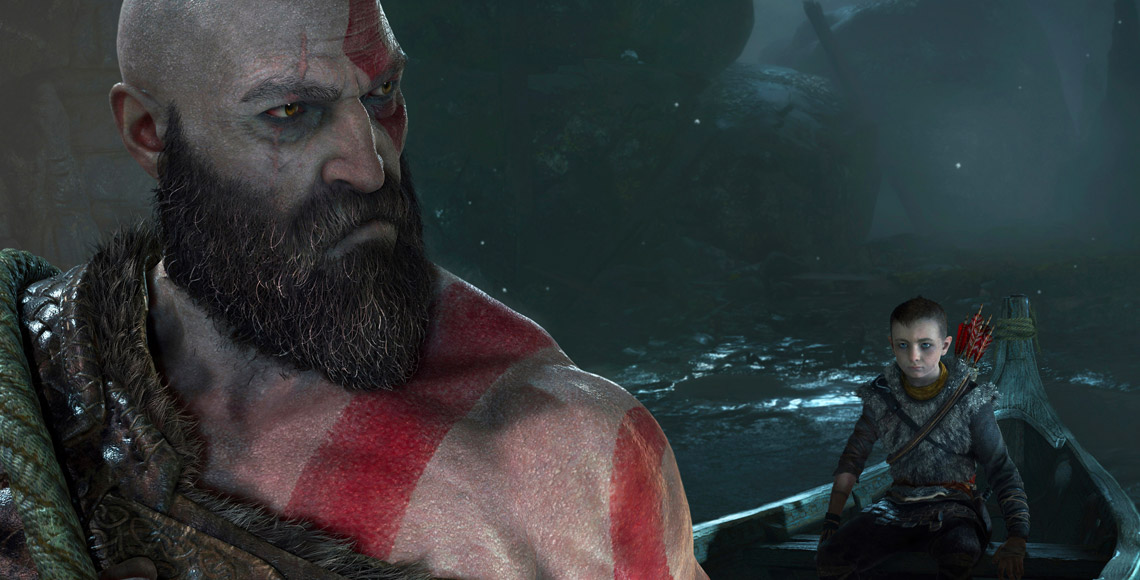 From the moment I started the first God of War in 2005, I knew I was playing something special. The introduction alone was one of the most intense, white knuckle experiences I had ever had playing video games. The combat was visceral, the story was mysterious and compelling, and Kratos, the game’s anti-hero, kept me wanting. A cursed Spartan warrior seeking to end his torment brought on by his sins and hubris? Count me in. You would think, then, that the newest God of War coming to the PS4 next year would have me frothing at the mouth. Well…not quite. The first God of War was magnificent. The game’s moment to moment gameplay and mechanics were like nothing I’d ever experienced. Watching Kratos whirl around, stabbing and tearing into anything and everything was like gory poetry in motion. The story was straightforward yet compelling. The puzzles were difficult yet fun, well crafted and paced. But it was the game’s level design that really spoke to me. I still remember looking on, gobsmacked, as Kratos ran through the streets of Athens and onto the dungeons on a titan’s back. It was a truly masterful approach. Unfortunately, as God of War became a series, it failed to maintain the parts that made it tick. With every new release, trade offs seemed to be made; one element would get better while another one worsened. Combat was refined as the series went on but the newly added weapons were pointless and hardly used.

One element would get better while another one worsened.

As moments became more intense, colors began to fade and level design grew more and more linear. But it was the story elements of the God of War series that suffered the most. In the first game, Kratos was a rage-fueled man hell bent on ridding himself of the memories of his sins. A man desperate to rid his sleep of the nightmares of his past. A man who assumes the mantle of God of War because the Gods forgave but did not let him forget his past. Want to know what happens next? In the sequels, Kratos basically regresses into a tantrum throwing dude-bro hell bent on wiping out a whole pantheon just because he hates his family. I’m summarizing a bit here, but trust me, it was bad. The slow descent into mediocrity these games took was excruciatingly painful. It was beyond disappointing to watch a beloved series go from “Wow! Amazing!” to “…so they went with the ‘Hope’ theme, huh?” But here we are now, years later with a fresh new game right around the corner. It’s tough to describe what it is I felt when I watched the first teaser back in 2016 but I could tell I was sitting up to take notice. Kratos was back! It seemed as though our Spartan billy-badass wasn’t dead after all and, not only that, he has a son! The trailer was heartfelt, filled with wild landscapes and life lessons. We saw some gameplay…but only enough to leave us with some major questions. This year, Sony showed us even more of what our boy Kratos has in store for us next year. We’ve shifted from the Greek Pantheon of Gods over to the Pagan Nordic atmosphere. Kratos is old and weathered, which is probably why he’s wielding a Viking axe and sporting an epic beard. He has a son now, which means Kratos will finally have someone to talk to, albeit with a quippy attitude. The game has also shifted to a 3rd-person, over-the-shoulder perspective, which will make for a much more intimate gameplay experience. Overall, the trailers have entertained, but they have yet to alleviate the concerns I had with the previous God of War games.

They have yet to alleviate the concerns I had with the previous God of War games.

What worries me is that this new game is WAY outside the norm for a God of War game. The combat is wildly different, the atmosphere is much earthier, and the story appears to be the biggest difference of them all. But is that going to work here? Don’t get me wrong, change is crucial when designing video games, especially for ones that have existed for quite awhile, but this is a very large step in a very different direction. Can Kratos and the God of War series survive this transition into Viking-territory? The combat looks weighty and gritty but definitely a bit sluggish. Granted, Kratos is older now, but even for a former God his moves appear to be at a slower, more methodical pace. The game’s story has me worried as well. God of War 3’s story was a massive disappointment, and I hope that this new game doesn’t try to overcompensate with a familiar tale that doesn’t fit Kratos’ mold. Kratos already lost one family. I don’t know how he or the audience would feel if his past is rehashed. This series holds a special place in my heart. Despite the downfalls it experienced down the line, I continued to devour each and every game it produced. Kratos is a character whom I have continuously been enamored with and I want to know more of his tale desperately. I want to see him fight and adventure and, this time, foster a family…as best he can, anyways. The previous God of War sequels started out incredibly strong but ultimately resulted in subpar experiences. The new title is offering up some major changes and, hopefully, we see them deliver a positive experience that refreshes the series in a much needed way. Otherwise…oh, how the mighty have fallen.