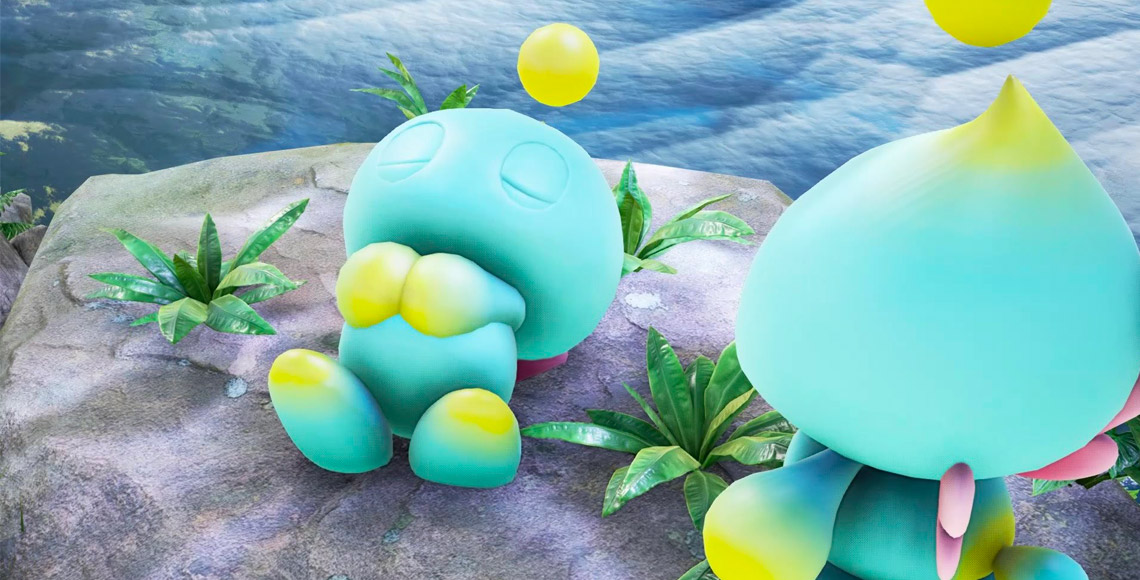 The early 2000s are home to some of my fondest childhood memories. Organized sports, slumber parties, the Cell Saga and, admittedly, Total Request Live. The turn of the century was a cultural apex to which many of my current tastes can be traced, including my obsession with video games. This era was dominated by the PlayStation 2 and Xbox, but at the time, I gravitated toward the familiar. The Nintendo Gamecube and the Sega Dreamcast were my childhood consoles of choice and I played just about everything on those bad boys, from Soul Caliber to Zelda and back. But of all the games I played in these very formative years, it was Sonic and his unlikely companions that have stuck with me the longest. And no, I’m not talking about Tails or Knuckles or Dr. Eggman. I’m talking, of course, about Chao.

Chao were introduced in 1998 with the release of Sonic Adventure in Japan. These small, child-like creatures were created as a “digital pet” of sorts to accompany Sonic Adventure’s core gameplay. Chao (pronounced chow) are hatched from eggs found within and outside their native Chao Gardens and are meant to be cared for, groomed and trained using small animals found in the core game. Once trained, Chao could then be entered into a variety of races to compete for high scores or, using the Dreamcast’s online functionality, traded to other players. At the time, this game within a game was a dream come true for me. Something about raising and training my very own virtual pet was so exhilarating, and I jumped at every opportunity to train my Chao. In fact, when all was said and done, I’d say most of my time spent playing Sonic Adventure’s main game was to gather rare animals and eggs for my Chao Gardens. I know; I was a pretty lame kid. But even so, my time with my Chao quickly grew stale. The critters I’d tirelessly trained had conquered all of the races available to them and I had raised just about every species the game had to offer. Not long after the release of the Dreamcast, however, came the Nintendo Gamecube…and with it, the most complete Chao experience to date.

Something about raising and training my very own virtual pet was so exhilarating.

Sonic Adventure 2 (or Sonic Adventure 2: Battle for the Gamecube) followed many of the same conventions as its predecessor, but the game’s wildly different themes ultimately bled directly into the Chao experience. Sonic Adventure 2 introduced the concept of Hero, Dark and Neutral Chao Gardens as parallels to the Good and Evil dichotomy of the core game. Each respective Garden allowed for players to raise their Chao to be either a Hero, Dark or Neutral-type. Hero Chao would adorn halos atop their heads, turn a variety of lighter colors typically accented with white, and tended to share and laugh with other Chao. Dark Chao, on the other hand, bore spikes and horns atop their head, turned a variety of darker colors accented with blacks and grays, and tended to misbehave by stealing from and tripping other Chao. In addition, Chao Races were expanded to include more swimming, climbing and flying, and Karate was introduced as yet another showcase of your pet’s prowess. But it wasn’t the expanded Gardens or new methods of competition that made this new Chao experience so special. It was the added variety and new found depth to raising them that made it more gripping than ever. Chao could now be trained using stat-specific Chaos Drives found within the core game, and they would even take after the way you would treat them. Throwing a Chao across the room, for example, would sour her into a Dark-type and constantly tossing her into ponds would make her a better swimmer. Training Chao with and around specific animals would also result in critters with peculiar features such as dolphin-like fins or dragon-like wings. You could even go the extra mile and train your Chao to take on the traits of your favorite Sonic characters such as Knuckles, Tails and even Amy. It was the exponential variety these new features provided and the subtle nuance embedded within them that kept my brothers and I coming back day after day and month after month.

It was the added variety and new found depth to raising them that made it more gripping than ever.

Though the Chao Garden no longer exists in modern Sonic games, the impact they’ve had on me is still readily apparent today. My competitive nature and attention to detail in video games is all thanks to the countless hours I’d spend with brothers and friends raising the perfect Chao. Is it strange that I spent so much time doing it? Probably. Do I regret it? Not one bit. As I said before, the early 2000s were the ultimate cultural apex…and for me, Chao just happened to be a part of it.