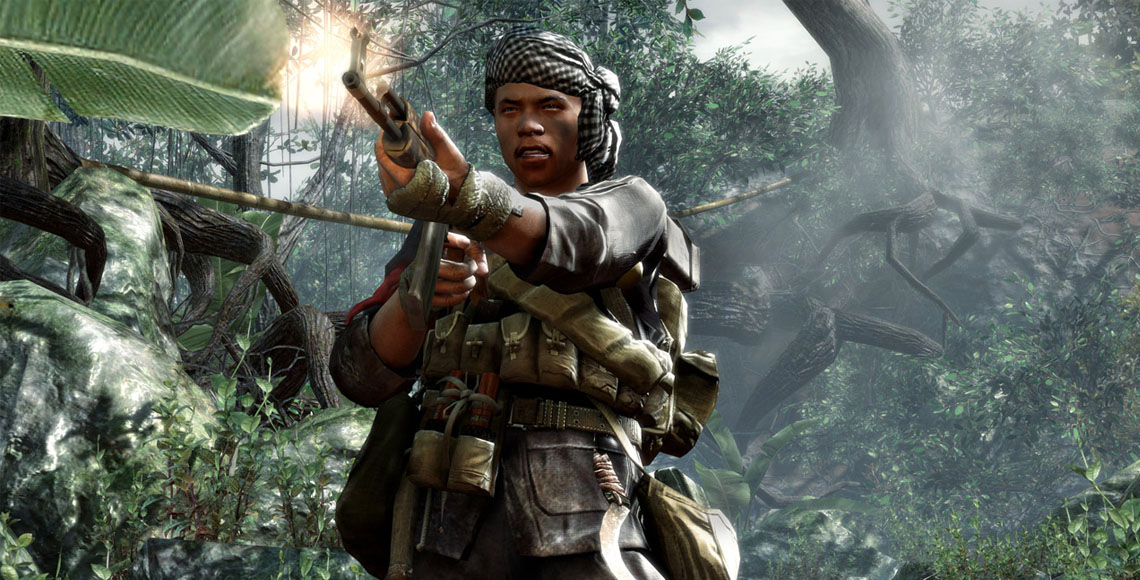 I’ve played Call of Duty games since the original in 2003 and they have slowly evolved into something completely different. What used to be a shooter with an emphasis on skill has turned into a funhouse of bullets, airstrikes, and wall riding maniacs. It has transformed from a shooter of historical realism to a shooter of arcade-like science fiction. This year, Activision has said that they are “going back to [their] roots” with the series. What does this mean for the direction of the series and will this be the direction it desperately needs?

Where We Are Now

Last year, Call of Duty Infinite Warfare was released. This installment took the franchise into space for the very first time, complete with low-gravity fighting, robots and more. Meanwhile, the Battlefield franchise went back to its own World War roots with the release of Battlefield 1. This WWI shooter was as realistic as it was fun to play and fans of the franchise were pleased with the game’s journey back in time. Recent shooters have focused a lot on tech-assisted combat and have lost sight of the simplicity of traditionally skilled gun-fighting, so a game like Battlefield 1 really resonated with players in the genre. As you might expect, Call of Duty didn’t fare too well given these circumstances and Activision CEO Eric Hirshberg made that clear when reiterating that Infinite Warfare “didn’t appeal to [its] fans.”  But Call of Duty is returning to its roots. However, we need more than just a setting change this time around. We need a whole reinvention of what the Call of Duty franchise is. Call of Duty has evolved into an “arcade-like” shooter and in a world with games like Battlefield 1, Overwatch and Titanfall 2, it needs to stand out from the rest in a way it has never done before.

When Call of Duty first came out it was breath of fresh air. It put a modern, fast-paced spin on World War II combat that Battlefield 1942 didn’t quite capture. The original Call of Duty was designed with eSports in mind as well and didn’t rely on traditional arena-based layouts like in Doom or Quake. It was a game rooted in gritty, historical realism and the sum of its parts set it apart from its competitors. This doesn’t mean that the new Call of Duty necessarily needs to return to World War II, but it should revisit eras like it to replicate the same feel the original had. Call of Duty could re-visit World War I just like Battlefield 1 did last year but that wouldn’t feel genuine. Call of Duty has a chance to set itself apart again and it should do it by venturing into a still under served era of warfare…the Vietnam War. Source: Not Even Past

The Vietnam War era would be the perfect place for Call of Duty’s next title. Imagine dense, intelligently designed jungle environments rendered in the graphics of today. Natural, swaying flora and fauna, low river beds with high, vertical cliff faces, places like this would allow for combat of all kinds, from intense river bed skirmishes to slow and deliberate tree sniping. You could even take battles into small, indigenous huts scattered across the jungle and set traps as you weave in and out.

It would be so refreshing to revisit the lush, colorful environments of the jungle after years of the bland and drab. Remember the feeling you had when you played Far Cry for the first time? Call of Duty has a chance to recreate that exact feeling by building a tropical setting just like the one that made Far Cry great. There is so much to explore in a setting like this and not just from a purely environmental standpoint either. A new setting also allows Call of Duty the opportunity to create a new and engaging story not unlike the ones it has created in the past. I still remember the feeling I had storming the beaches of Normandy in the original Call of Duty. The intense action and incredible sounds created a moment unlike anything I’d ever experienced. We may not have won the Vietnam War, but its intensity and history are begging to be fashioned into something special. From guerilla warfare to cleverly hidden traps, The Vietnam War is the perfect jumping off point for this new era of Call of Duty.

Call of Duty typically drops a new title in November of this year, so by April or May of this year, I’m sure we’ll know where the franchise is headed. The team at Sledgehammer Games has created incredible games in the past they have the potential to do the same with this new Call of Duty. Will they do it? I cannot wait to find out.