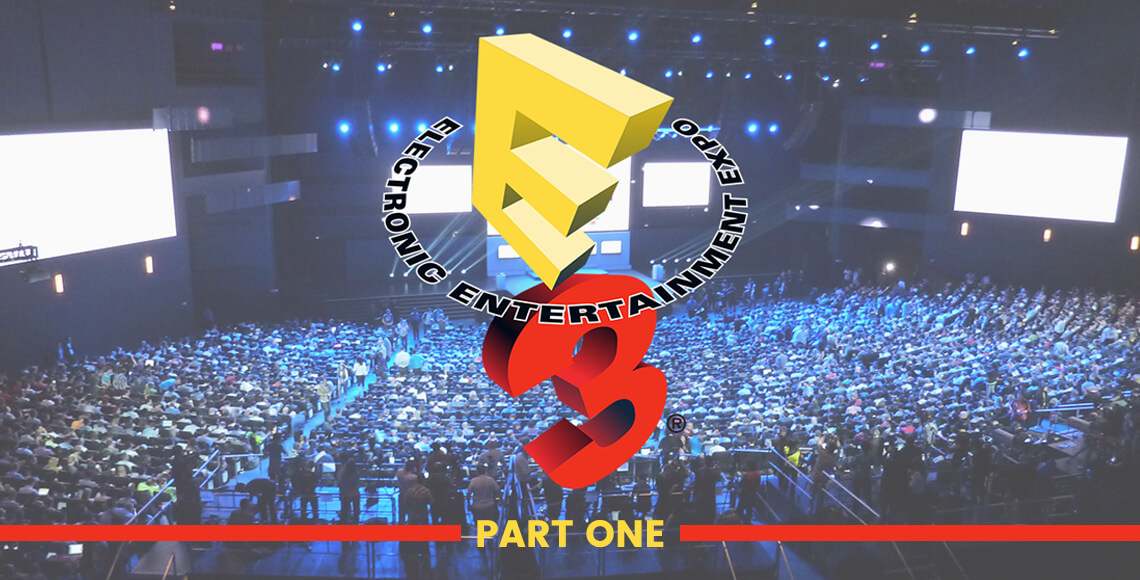 The Best Show in Video Games: Part One

It is 9 AM PST on a Friday here in beautiful Los Angeles, California and you can feel it in the air already.  It’s a very special feeling.  A nervous excitement with a hint of dread and, dare I say, arousal. The Electronic Entertainment Expo (E3) is the biggest show in all of video games, a worldly event where anything can happen, and it is finally here. This year’s show is shaping up to one of the best ones yet made even better with the addition of two of my buddies alongside me on the show floor.  But the show floor isn’t even the best part of this week long event.  EA, Microsoft, Bethesda, Ubisoft, Sony and Nintendo will all be having individual press conferences leading up to the show itself. This is where the magic happens. These are the stages that brought us the Nintendo DS, the $299 Playstation, and, most recently, Breath of the Wild. This is where it counts. 24 hours separates us from the first of these wonderful conferences. I’d like to detail my expectations for them now.

There’s not much I care to say about the video game giant. The newest FIFA, Madden, and NBA Live games will be shown as well as a new Need for Speed game. Only Star Wars Battlefront II has me invested in this conference. I fully expect the gameplay reveal to be exquisite and look forward to hearing more about the single-player campaign.  EA tends to keep a few tricks up its sleeve, however, and I expect they’ll perform a few of them for us.  Some new indie titles, promotional sales, and at least one remaster or revival (please…please let it be Command and Conquer) lurk around the corner. Even with that, EA’s conference isn’t something I’ll be dying to see. This one.  This is the one that counts.  Microsoft has been reeling all generation long given the PS4s incredible sales and now is the time to turn that tide.  Project Scorpio, the most powerful console ever made, will be officially revealed at this conference and it HAS to impress.  Anything less than incredible will put Xbox right back in the same spot. The price has to be perfect (anything more than $499.99 is suicide), the size and form factor have to be exquisite (Xbox One S), and the games have to be stunning.  I have not played an Xbox console since 2010 and I hope this new Xbox will be bring me right back.  Of course, this is all assuming Microsoft reveals some new IP. Bethesda conferences have always been solid but not particularly entertaining for me. This year may shape up to be one of its more down years…that is, unless a new Wolfenstein is revealed.  The Wolfenstein series has always been somewhat of a cult classic, and a late next generation stab at it is much deserved.  The Evil Within 2 will surely be around as will Quake Champions, however I don’t expect much of a showing (if any) from Dishonored, Doom, Fallout or Prey.  Elder Scrolls, namely the Switch port, will also surely be around. Bethesda is also rumored to be revealing two new IP at this conference, but I’ll believe those when I see them.

Is it strange to say I’m excited for this conference? Not only will Far Cry 5 AND the new South Park game be around, but the new Assassin’s Creed is surely due for a reveal.  We’re also bound to learn more about Ubisoft’s plans for the Nintendo Switch as well as its plans for new IP.  Yes, Ubisoft continues to burn gamers everywhere with its half-assed games, but who doesn’t want to check out the newest Far Cry and AC?

Sony has arguably one of the best showings ever at last year’s E3.  Death Stranding, Spiderman, God of War, Days Gone, Detroit: Become Human, Horizon Zero Dawn, PSVR, the list goes on.  This year might be a little more stale. Yes, we’re bound to see gameplay reveals for a lot of these games, I just don’t anticipate seeing many new titles announced during the hour. Although rumor has it that From Software might reveal what it has been working on. If it’s Bloodborne 2, I might die. That said, Star War Battlefront II, COD WWII and Red Dead Redemption II will undoubtedly make appearances on Sony’s stages due to particular partnerships and Naughty Dog might bring us news on The Last of Us 2. Otherwise, expect a fairly straight forward showing. True to its recent past, Nintendo’s conference will be the morning of the first day of E3 proper. Nintendo is pretty good about setting expectations for these things.  This year, we will see more from ARMS, Dragon Quest XI, FIFA, Sonic Forces, Splatoon 2 and Super Mario Odyssey.  I don’t expect many surprises, but I do anticipate Super Mario taking Game of the Show honors, beginning with a stellar gameplay reveal during Nintendo’s Day 1 stream.

Stay tuned on Monday, June 12th for my reactions to this year’s conferences.